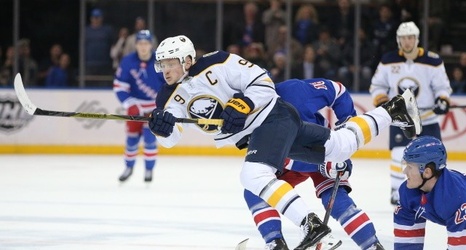 Bob McKenzie: Started making some calls today and heard that Buffalo Sabres center Jack Eichel is in trade rumors. There is some talk that he may have recently asked for a trade and that the New York Rangers were one of the interested teams.

Bob McKenzie: Eichel’s agent Peter Fish: “I hear that (trade talk) a lot. Jack wants to win, he’s frustrated (not winning) but, no, he doesn’t want out. Jack is preparing to head to Buffalo at some point here and prepare for the season, whenever that may be.