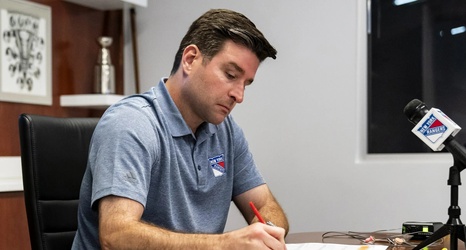 To cap off an exciting night that saw the Rangers’ star netminder take home some new hardware, we learned Chris Drury in his first season as an NHL GM has been nominated for the Jim Gregory General Manager of the Year Award. Whether you think he deserves this or not, it needs to be said that Drury did indeed make some moves that completed the chemistry of this team and his trade deadline additions were a master class in shoring up roster weaknesses. Drury joins the Montreal Canadiens and Colorado Avalanche GMs Julien Brisebois and Joe Sakic as the three finalists for this award.