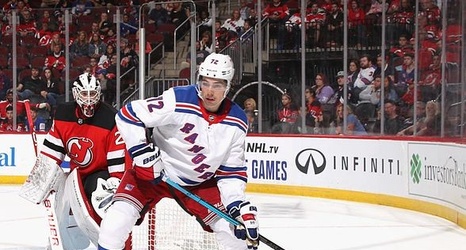 The winless New York Rangers revealed the starting lineup for their third preseason game. It’s clear that the team is making final decisions about their roster on a game by game basis and you can see where they are headed by who is playing.

The Rangers announced that four players are being reassigned to the Hartford Wolf Pack training camp. None of the demotions were unexpected. Center Gabriel Fontaine and forward Patrick Newell along with defensemen Joey Keane and Mason Geertsen all saw action in the second preseason game. Newell and Fontaine both played on the fourth line and didn’t do much in limited ice time.