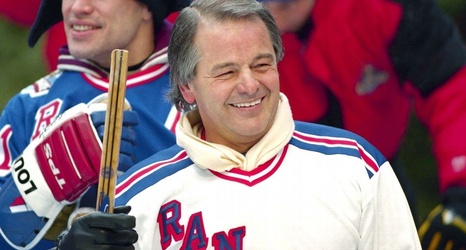 NEW YORK -- The Rangers will honor late Hall of Famer Rod Gilbert this season by wearing a patch featuring his No. 7 on their jerseys, the team announced Thursday.

Players will also wear white "Gilbert" jerseys as warm-ups before their home opener at Madison Square Garden on Oct. 14. The jerseys will be signed and auctioned off for charity.

That game takes place on the 42nd anniversary of Gilbert becoming the first Rangers player to have his number retired. It's against the Dallas Stars almost 44 years since he had two points on "Rod Gilbert Night" against the Minnesota North Stars.