New York Rangers: This is not David Quinn’s kind of team 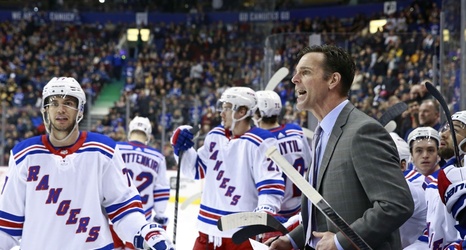 David Quinn is an old school hockey coach. He likes players who win battles on the boards, play a heavy forechecking style and score “garbage goals.” It’s a formula that many teams have used to win in the NHL. There’s only one problem. The New York Rangers are not built to play that way.

David Quinn was hired in May 2018 and he inherited a major league roster and an NHL organization that was built by Jeff Gorton and Glen Sather. He didn’t have much input in the June 2018 NHL Entry Draft and the top pick last June was a foregone conclusion when the Rangers won the second selection in the draft lottery.