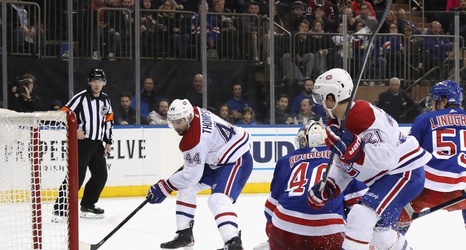 With both goalies coming up big for their respective teams, a mistake was going to be the difference and that proved to be the case as a New York Rangers turnover led to the Canadiens scoring the game-winner with just over a minute left in the game.

Alexandar Georgiev got his second straight start after standing on his head against the Columbus Blue Jackets the night before, while Marc Staal was back in the lineup after missing 13 games with an ankle infection.

Libor Hajek came out of the lineup after it was confirmed that the young defenseman will miss 3-4 weeks with a knee sprain suffered in the win against Columbus on Thursday.