New York Rangers Struggle in loss to the Pittsburgh Penguins 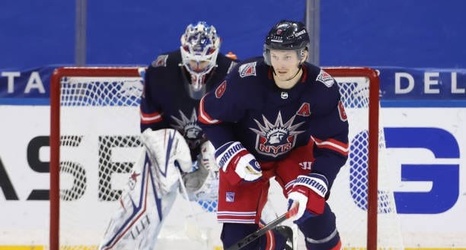 What a difference a couple of days makes. Two days ago, the New York Rangers scored four goals in the first period and chased Pittsburgh goaltender Tristan Jarry. On Thursday, the Blueshirts could only muster two goals against Jarry in a 5-2 loss to the Penguins.

Colin Blackwell scored the first Ranger goal at 2:02 of the second period. His power-play goal has given him six points in the last six games.

After falling behind by the score of 4-1, Kevin Rooney scored at 13:48 of the third period to close the gap.