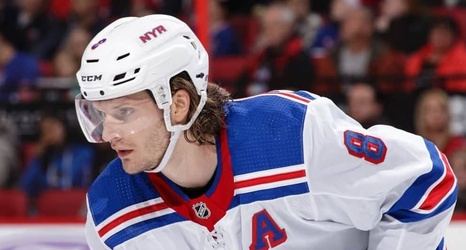 When Jack Johnson was the third overall pick in the NHL Draft, K’Andre Miller was five-years-old. Now, they’re teammates with the New York Rangers.

Miller joins Adam Fox as the future of the Rangers’ blue line; Johnson was brought in to provide veteran stability. How will this mix of youth and experience work on the ice?

Let’s break down the group of defensemen skating for the Rangers in the new season.

The Rangers blueline is going to feature a few new guys along with several familiar faces, so let’s see how Quinn will likely pair everyone up.