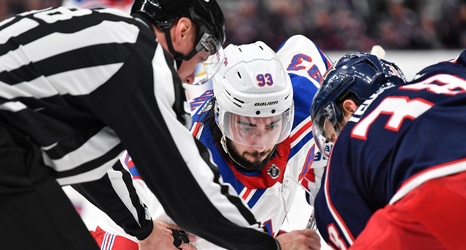 In the first game of a back-to-back, the New York Rangers grinded out an important victory against the Blue Jackets on the road.

Although they were far from perfect, the Blueshirts did what they had to do to win and they had Alexandar Georgiev in particular to thank.

The goalie was simply sensational against the Blue Jackets, stopping 45 of 47 shots including a hell of a clutch save in the third period.

It was the Blue Jackets who landed the first blow of the night, however, as Cam Atkinson struck in the first period.