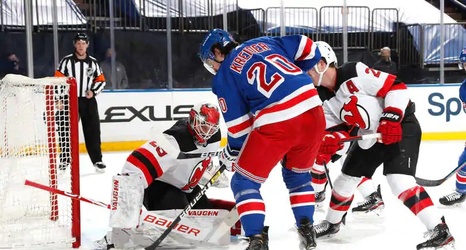 The New York Rangers are just three goals shy of 20,000 tallies in franchise history. From Bill Cook’s first goal against the Montreal Maroons in the team’s first ever game to Matt Puempel’s marker against the Flyers it’s all listed below.

So which Blueshirt will add his name to the history books? Could it be Artemi Panarin who will be playing in his 100th game as a Ranger? Or what about Vitali Kravtsov maybe scoring an incredible first NHL goal for 20000? The possibilities are intriguing. One thing seems certain, unless the Devils give up only two goals to the Blueshirts in the next four games it will come against them.