New York Rangers look for more heroics against the Canadiens 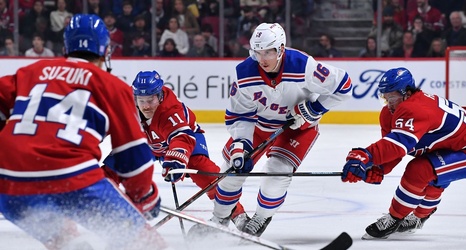 Despite staring a four-goal deficit in the face, the New York Rangers stunned the Montreal Canadiens by coming back and clinching a 6-5 decision at the Bell Centre on October 23.

Tonight is the rematch between the Blueshirts and the Canadiens, and both teams played on Thursday night.

The Rangers didn’t play their best game in Columbus, but still won the game, while Montreal was put to the sword by an elite Colorado Avalanche team.

Tonight is important for New York who will want to sign off at MSG with a win before they hit the road for a four-game swing that will start in Vegas and then run through California.