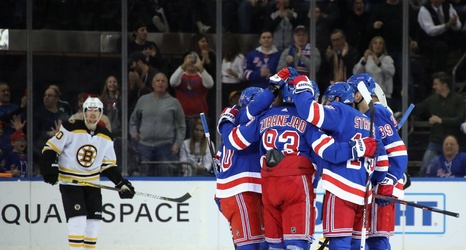 After winning four consecutive games – their longest win streak of the year – the New York Rangers were forced to taste that losing feeling again at Madison Square Garden.

Going up against an elite team in the Bruins, the Blueshirts actually played a solid game but they were punished for not executing on special teams.

Although they did stop what was the 2nd best power play in the NHL on two occasions, the Rangers went 1-for-5 on the power play while they also allowed a shorthanded goal.

You can’t afford to only convert one of five power play opportunities against one of the best teams in the National Hockey League, and Sunday was a dose of reality for the Rangers.