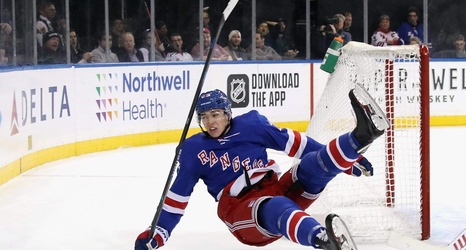 On Thursday night, the New York Rangers captured an exciting win against the Columbus Blue Jackets. Unfortunately, it came at a cost.

Libor Hajek left the game after the first period with a sprained knee and did not return. He has just been ruled out for three-to-four weeks.

Hajek has played to mixed reviews this season and just may be the team’s worst defenseman at the moment. He is poor in the Rangers’ own zone and does not provide offensive upside similar to, say, Tony DeAngelo.

Marc Staal, who has missed the last 13 games after undergoing ankle surgery, will be back just in time to take Hajek’s spot in the lineup.