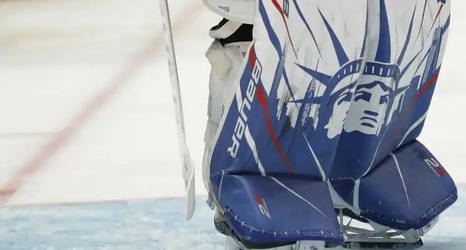 When you stop and think of all the great New York Rangers goalies, two names often come up and coincidently their numbers are retired in the MSG rafters.

Eddie Giacomin and Mike Richter played over 600 games for the Rangers (608 & 666 respectively). Eddie finished with 289 wins in his career and Richter with 301.

Now that Henrik Lundqvist has officially retired, his name and iconic No. 30 will join them in a ceremony this upcoming season.

Let’s take a stroll down memory lane and celebrate these great netminders.

Mike Richter never won a Vezina Trophy or Olympic Gold, what he did win was the Stanley Cup.