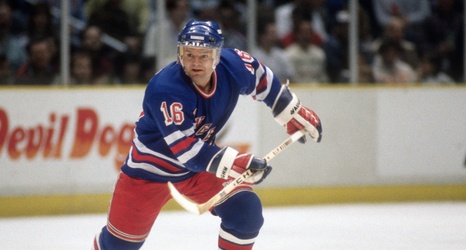 In our last piece of the forgotten New York Rangers series, we looked at a handful of players with last names that start with C. Now, it’s time to focus our attention on the D’s.

This list certainly has some interesting players on it. First, we will be taking a look at a former first overall pick who briefly was a member of the Blueshirts. We then will take a gander at an underrated defenseman who would have a lengthy NHL career, but his stay in New York was also short. From here, the next player is a Hockey Hall of Famer who would end his career with the Original Six franchise.