New York Rangers: Can they keep the good karma against the Kings? 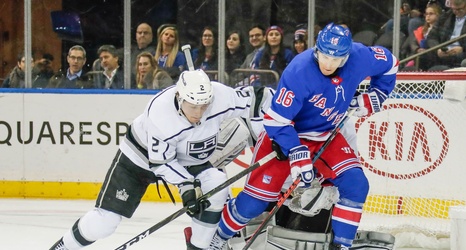 When the New York Rangers take on the Kings tonight it will be a matchup between a rebuilding team that is a playoff contender against a team that is the worst in the Western Conference.

The Rangers are coming off their most dominant win of the season, a 5-0 victory over the Vegas Golden Knights, a formidable opponent on home ice. This is the second game of a four game west coast road trip and considering the competition, a good start is in the cards. Then again, the Rangers have displayed a nasty habit of playing down to the level of competition, losing several games that they should have won.