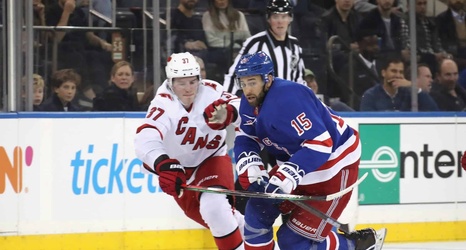 The New York Rangers have sent forward Boo Nieves back to the Hartford Wolf Pack following Thursday’s 3-2 win over the Columbus Blue Jackets.

There was no corresponding move to the Nieves demotion, signaling the possible return of Greg McKegg, who’s been out the last six games with a lower-body injury.

For Nieves, his play since returning to the Blueshirts was nothing short of up and down.