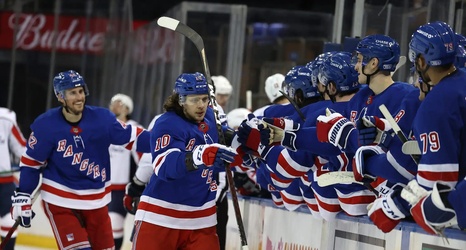 Last season, Artemi Panarin put on a tour de force in his first season on Broadway. He skilled his way to 95 points in just 69 games and pushed the Rangers into the 24 team Return-To-Play Qualifiers. That was good enough for consideration for the Hart Trophy and Ted Lindsay award.

When it was all said and done, Leon Draisaitl took both awards. That shouldn’t be the case this season.