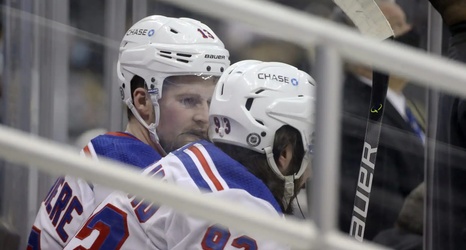 The New York Rangers will be in preseason action tonight against division rivals New York Islanders. Although the lineup is yet to be official, today’s practice lines indicate that fans will get the first look at a revamped top line.

As has been shown so far in camp, Mika Zibanejad will center a line with Chris Kreider on the left and Alexis Lafrenière on the right.

So how does the 2020 first overall pick feel about switching wings?

“You’re much more on your backhand, I feel like, but you gotta be able to play both wings” he said last week.