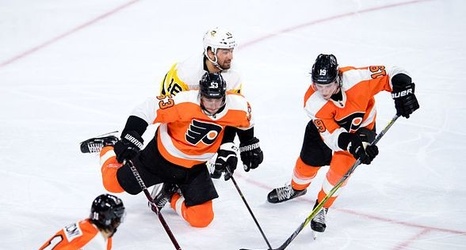 The New York Rangers don’t make many trades with their Metropolitan Division rival Philadelphia Flyers. There is one potential swap that could make sense for both teams, providing a change of scenery for underachieving players.

The last time the Flyers and Rangers made at deal was in 2004 when they Rangers sent defenseman Vladimir Malakhov to the Flyers for prospect Rick Kozak and a second round pick. Malakhov played all of six games for Philadelphia while Kozak never made it to the NHL and the Rangers traded away the draft pick.

In 2001, the two teams did make one of the biggest deals in Ranger history when the Blueshirts sent three players and a draft pick to Philadelphia for Eric LIndros.