New York Rangers: A tribute to the unlucky ones 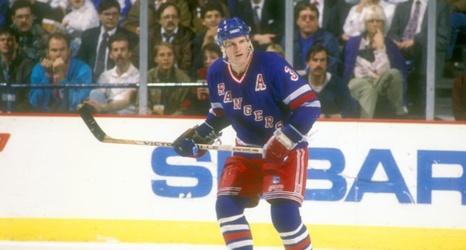 LANDOVER, MD - OCTOBER 13: James Patrick #3 of the New York Rangers looks on during a hockey game against the Washington Capitals on December 13, 1989 at Capital Centre in Landover, Maryland. The Capitals won 7-4. (Photo by Mitchell Layton/Getty Images)

On this anniversary of the New York Rangers’ last Stanley Cup, it’s easy to heap accolades on the players from that team. In fact, whenever a member of that championship teams ventures into the Garden these days, they are introduced to the crowd to the tune of the “New York Rangers Victory Song.” They range from longtime heroes like Brian Leetch to mercenaries like Glenn Anderson or Craig MacTavish who played all of 12 regular season games along with the playoffs.