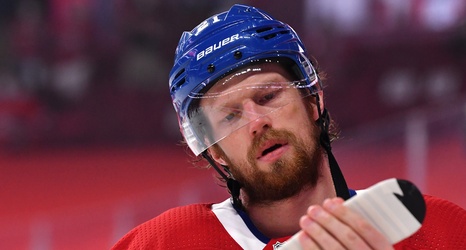 MONTREAL, QUEBEC - JUNE 24: Eric Staal #21 of the Montreal Canadiens looks on prior to Game Six of the Stanley Cup Semifinals against the Vegas Golden Knights in the 2021 Stanley Cup Playoffs at Bell Centre on June 24, 2021 in Montreal, Quebec. (Photo by Minas Panagiotakis/Getty Images)

Last week, we took a dive into a few players the New York Rangers should consider signing to a professional tryout contract. Since then, Ryan Donato has found his new home with the Seattle Kraken. Tyler Bozak is also expected to sign a new contract in the next few days with an unspecified team, according to Elliotte Friedman.