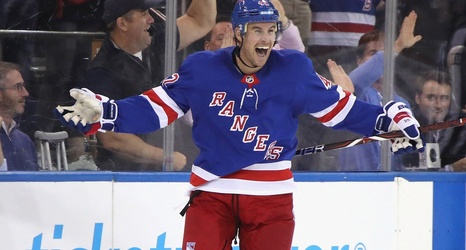 Another game, another decent performance in goal with an unlucky ending. There are certainly some aspects of tonight that were much better than last night–one being WAY less shots on goal against. Other aspects were also aggravating, but Georgiev had another solid outing tonight. Let’s get to the thoughts shall we?