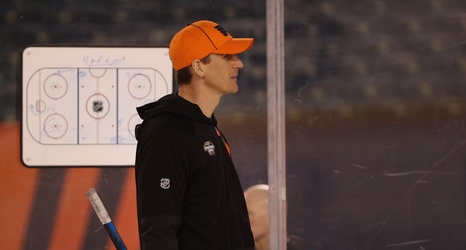 Knoblauch, 40, spent the last two seasons behind the bench as an assistant coach with the Philadelphia Flyers. According to behindthebenches.com, his primary responsibility was the Flyers’ power play.