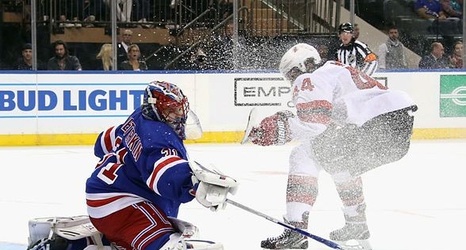 Ugh. The less we talk about this one the better. The New York Rangers looked like a minor league team in their 4-1 loss to the Flyers. Philadelphia came into the game winless in their first three preseason games so they fielded much of their major league roster and were loaded for bear after a stern talking-to by the coaching staff.

One player who had something to prove was Kevin Hayes and he came through with a nice redirection for a backbreaking goal with only 24 seconds left in the first period. It was his first goal as a Philadelphia Flyer in his first game against the team he played five years for.