Kaapo Kakko Out Week to Week 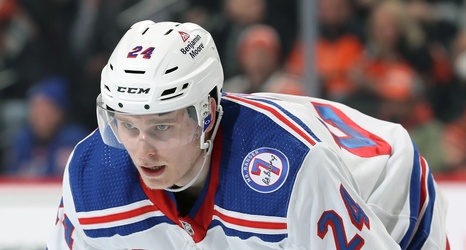 In Saturday’s matinee game against the Detroit Red Wings, Kaapo Kakko went down awkwardly in the first period. He stood up, played out the rest of his shift, and then left for the locker room. When the second period began and there was still no Kakko to be seen, it became apparent the young forward who had just recently returned from an injury may have been hurt again. After the game Gallant minimized the situation, saying as far as he was aware it wasn’t that serious and they were just playing it safe.

Today the New York Rangers announced Kakko is now week to week and will be out for a short period of time.