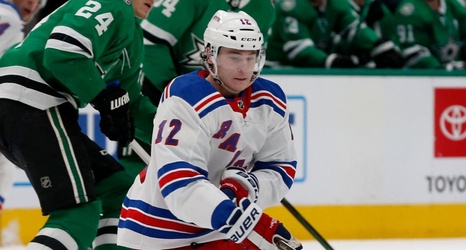 Rangers right wing Julien Gauthier reaches for the puck during the first period of an NHL hockey game in Dallas on Tuesday, March 10, 2020. Credit: AP/Michael Ainsworth

DALLAS – The Rangers came on this three-game road trip needing to get some results to keep themselves in this playoff race they’ve battled so hard to get into. First, they needed to tighten up their defense, but second, they needed to get some goals from places other than Mika Zibanejad.

Kaapo Kakko hadn’t scored a goal since Feb. 9, but he broke out Tuesday night with two second-period goals that powered the Rangers to a 4-2 victory over the Dallas Stars in American Airlines Center in the opening game of the road trip.