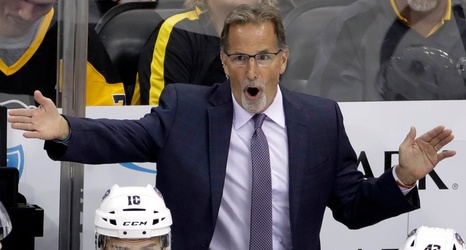 It is always amusing when Colin Campbell leaps to the defense of the integrity of the league, as the NHL’s director of hockey operations indirectly did when castigating John Tortorella’s “unprofessional and unacceptable” Dec. 29 postgame tirade against the officials and the folks in the video review center in Toronto.

The Columbus coach was not merely castigated by the league, he was fined $20,000 and informed he would be “conditionally” fined another $25,000 in the event of a repeat episode between now and Dec. 29, 2020.

I don’t know about you, but I can’t wait to hear what Tortorella will have to say on Dec.