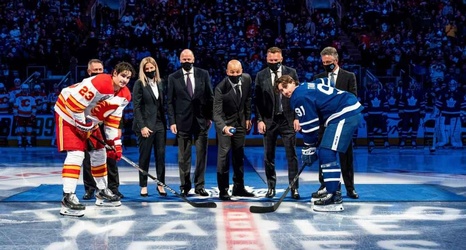 TORONTO -- The Hockey Hall of Fame's pandemic class finally got its moment in the spotlight.

Jarome Iginla headlined the five players and one executive enshrined Monday night -- a year later than originally intended because of the COVID-19 pandemic.

The former captain of the Calgary Flames was joined by Marian Hossa, Kevin Lowe, Doug Wilson and Canadian women's national team goalie Kim St-Pierre, while Ken Holland went in as a builder to round out the group voted in by the hall's 18-member selection committee nearly 17 months ago.