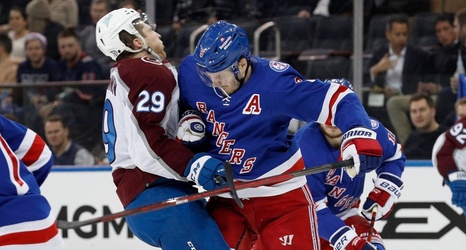 When Jacob Trouba dumped Nashville Predators forward Philip Tomasino to the ice in the first period of Sunday’s 1-0 loss at Madison Square Garden, it marked the fourth game in a row that the Rangers defenseman had body checked an opponent off his skates and onto the ice.

If Trouba were a baseball player, he’d be on a four-game hitting streak going into Tuesday’s game in Denver against the Colorado Avalanche.