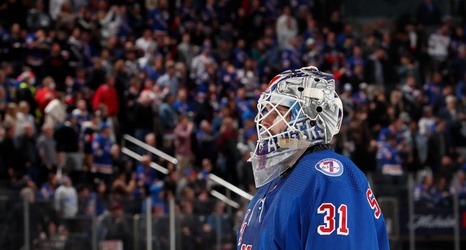 Igor Shesterkin has officially been named a finalist for the 2021-22 Vezina Trophy.

The timing of this announcement couldn’t come at a worse time, but the news isn’t surprising. Shesterkin is seemingly a lock to win this award, which is voted on by the NHL’s group of general managers.

The New York Rangers’ starting netminder had a regular season for the ages in which he went 36-13-4 with six shutouts, a 2.