How does Vitaly Kravtsov change the Rangers line options? 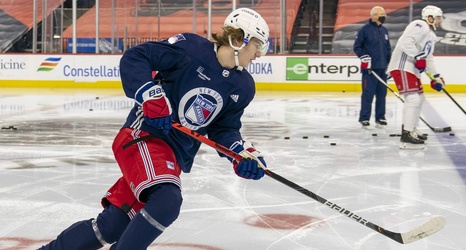 The New York Rangers have been making some noise. After a bumpy start to the season, they’ve looked much better and are doing a good deal of winning.

They’ve overcome injury issues and are getting healthy: Phillip Di Giuseppe and Brett Howden are the only players who have been out of the lineup after being placed on the COVID-19 protocol list, but Di Giuseppe has come off and should make his return quite soon.

Jack Johnson is out for the season, but he wouldn’t have gotten much playing time anyway.

The entire coaching staff was placed on the protocol list, but assistant coaches Greg Brown and Jacques Martin have come off and David Quinn is expected to make the trip to Washington for Sunday’s matinee game against the Capitals.