Here’s a Ranger defenseman we forgot about 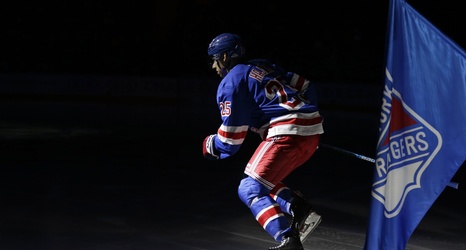 NEW YORK, NEW YORK - NOVEMBER 06: Libor Hajek #25 of the New York Rangers is tripped up by Jimmy Howard #35 of the Detroit Red Wings during the second period at Madison Square Garden on November 06, 2019 in New York City. The Rangers defeated the Red Wings 5-1. (Photo by Bruce Bennett/Getty Images)

In January, Libor Hajek was sent down to the Hartford Wolfpack, and did not make an appearance with the team until their scrimmage against the New York Islanders on July 29.