Henrik Lundqvist on being in studio: 'We'll see how tough I'll be when I sit there' 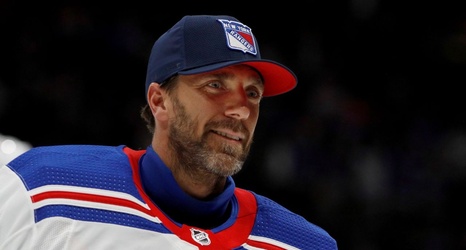 Henrik Lundqvist of the New York Rangers skates off the ice after a game against the New York Islanders on Feb. 25, 2020. Credit: Jim McIsaac

It has been only two months since Henrik Lundqvist announced his retirement from hockey because of a heart condition, but the former Rangers goaltender said on Thursday that he is adapting well to his new reality.

"Sometimes things happen, and you have to adjust to that and not get stuck on the plan that you had," he said. "I’m trying to be very open to what comes next."

The latest example of that came this week, with the announcement that Lundqvist would join MSG Networks’ Rangers studio team for select games this season, probably around 20.