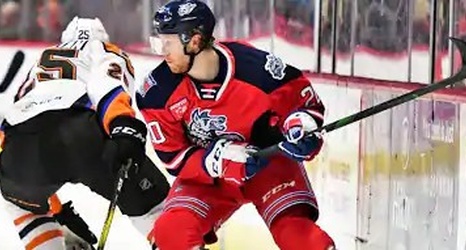 The Wolf Pack announced Friday evening they have re-signed Shawn McBride for the 2020-21 campaign. The 24 year-old forward participated in 33 games with Hartford and 20 games with the Norfolk Admirals of the ECHL.

Chris Drury re-signed the forward through a one year American Hockey League contract. The deal does not effect the Rangers cap space.

Despite not posting good numbers offensively, McBride contributed to the club defensively. He became a reliable faceoff man and is dependable depth player. Especially when Hartford’s roster weakens from call ups or injuries.