Going for 2 in a row against the Devils 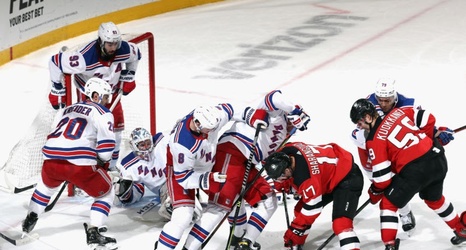 NEWARK, NEW JERSEY - APRIL 13: Igor Shesterkin #31 and the New York Rangers defend the net against the New Jersey Devils during the third period at the Prudential Center on April 13, 2021 in Newark, New Jersey. (Photo by Bruce Bennett/Getty Images)

It’s game two of this four game series against the New Jersey Devils and the mission for the New York Rangers hasn’t changed a bit. They must win. They will be doing it with Igor Shesterkin in net again and despite missing practice, Artemi Panarin will be in the lineup.

Coach David Quinn spoke about the game and warned again that the Devils are not an easy opponent.