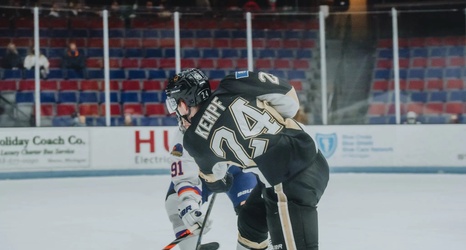 When the Rangers drafted their final player of the 2021 draft, I noticed it was used on another kid named Hank. The last Hank to be drafted in the 7th round had a pretty good career. It felt even more fitting with the other Lundqvist announcing his retirement weeks later.

So what do we know about this new Hank? First off, he’s a defenseman and not a goalie. Other than that, not much. I reached out to him to discuss his journey to date.

Kempf, 19, skated in 26 games with the Muskegon Lumberjacks of the United States Hockey League (USHL) this past season, registering four goals and six assists for 10 points, along with a plus-five rating and 27 penalty minutes.