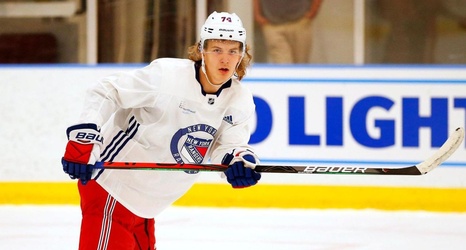 Following his first morning skate as Rangers coach, before the Blueshirts opened their preseason Sunday night against the Islanders at Madison Square Garden, coach Gerard Gallant admitted there aren’t really a lot of jobs available on his team for young guys to win.

"There's not a lot,’’ he said. "Yeah, you know, every coach, or manager says there's jobs available. There's always jobs available when people come up and take the jobs -- and that's all part of the game.