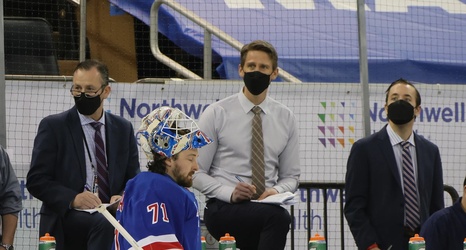 The New York Rangers have announced that Gerard Gallant has entered the Covid protocol, and Kris Knoblauch will temporarily assume head coaching duties.

Gallant now joins Ryan Reaves, Julien Gauthier, and Igor Shesterkin in the protocol, and it remains to be seen if there will be anyone else joining him after additional testing.

Knoblauch jumped up to the NHL level when Quinn and co.