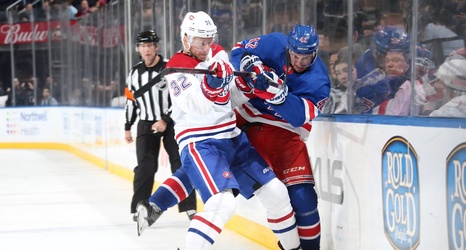 After escaping Nationwide Arena in Columbus with two points they had no business earning last night, the Rangers are back in action tonight. An overnight flight home had led the team back to Madison Square Garden, and David Quinn’s squad will look to defend home ice against one of their Original Six foes, the Montreal Canadiens.

Les Habitants also played last night, as they fell to the Colorado Avalanche at home by a 3-2 margin before flying across the border into the United States. With both teams slogging through their second game in as many days, tonight’s contest has all the makings of a sloppy slugfest.