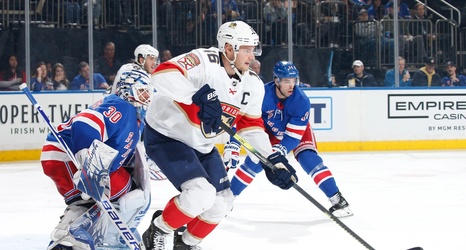 After a tough road trip that saw Gerard Gallant’s squad get swept out of western Canada, the team has returned home to Madison Square Garden. They’ll have their work cut out for them tonight as Sam Reinhart, Brandon Montour, and the rest of the NHL-leading Florida Panthers are in town for a Broadway showdown.

Emerging as the surprise team of the COVID-shortened season earlier this year, the Panthers have roared out to a 10-0-1 start with their only defeat coming via the skills competition/coin flip following overtime. In spite of seeing former coach Joel Quenneville resign after leading the team to a seven game winning streak to open the season, the Panthers continue to chug along with Andrew Brunette serving as interim head coach.