From young New York Rangers fan to 'the next Brian Leetch': Adam Fox describes his NHL journey so far 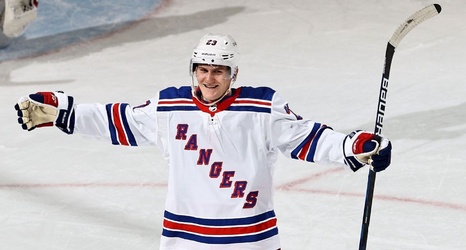 Everything feels bigger in New York City, from the buildings to the personalities to the hype to the expectations.

Adam Fox knew this was true years before he started playing for the New York Rangers. He grew up in Jericho, on Long Island, about 30 miles east of Madison Square Garden, where Fox would cheer them on as a young fan. He understood the advantages and the adversity that come with playing in Manhattan. But he understands them both implicitly now.

As a rookie defenseman last season, Fox slowly gained attention for his all-around play before finishing fourth for the Calder Trophy, unable to match the gaudy offensive numbers of defensemen Cale Makar of the Colorado Avalanche and Quinn Hughes of the Vancouver Canucks.