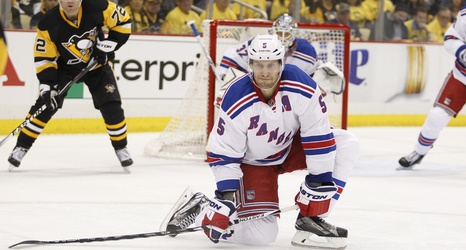 Once a Ranger, always a Ranger. Former New York Rangers defenseman Dan Girardi announced his retirement from the NHL on Friday morning.

Girardi played for 13 seasons, 11 of them wearing the red, white, and blue sweater of New York.

“I want to thank the New York Rangers for giving me a chance to fulfill my childhood dream of playing in the NHL. Throughout those 11 incredible years, I have made so many friends on and off the ice. I bled Ranger blue and gave it my all for my team, the city, and the Garden faithful,” Girardi said in a statement.