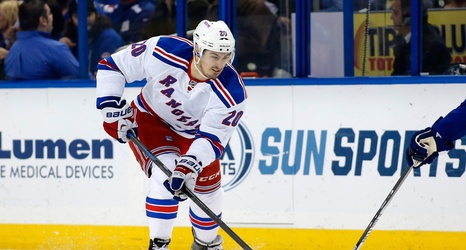 After the recent buyout of goaltender Henrik Lundqvist and the trade of defenseman Marc Staal , the New York Rangers are in a decent situation when it comes to their cap space, especially when compared to some other teams around the league who at or over the cap ceiling.