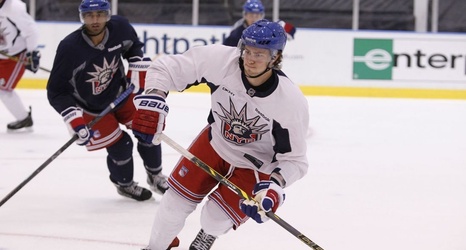 Ryan Gropp has one more season remaining on his entry level contract with the New York Rangers. Today could be an interesting day in the young man’s career.

We have seen prospects in the past be written off in the final years of their entry level deals if they haven’t made it to the big club. Adam Tambellini and Ryan Bourque are two names that come to mind. Examining Ryan Gropp’s situation, he is in the same boat as the organization will have to make tough decisions due to the influx of young, talented prospects coming in.

From the development prospective, the forward has progressed in the past two seasons.