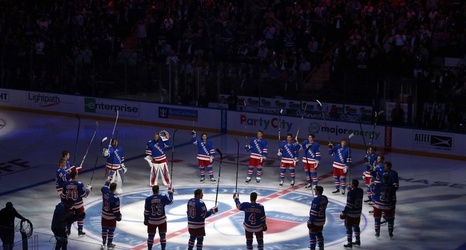 DALLAS, TX - JUNE 22: General Manager Jeff Gorton of the New York Rangers looks on from the draft table during the first round of the 2018 NHL Draft at American Airlines Center on June 22, 2018 in Dallas, Texas. (Photo by Brian Babineau/NHLI via Getty Images)

Does the New York Rangers’ general manager deserve the benefit of the doubt when it comes to any move he makes?

The New York Rangers had been grooming Jeff Gorton to take the reigns once they hired him from the Boston Bruins. It was his tenure there that showed he had what it takes to build a Stanley Cup roster, with Tuukka Rask, Brad Marchand, Patrice Bergeron, and others joining the organization during his time there.