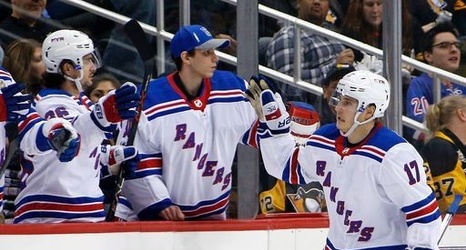 As trade deadline chatter heats up, rumors will be abound regarding any pending free agent on a non-playoff team. For the Rangers, Chris Kreider is the top target across the board, but Jesper Fast is a name that has been floating around that provides depth for Cup contenders. He’d be the kind of low risk acquisition that stabilizes the bottom-six of the acquiring team.

Finding teams that need someone like Fast isn’t as easy as we might think. After all, he is a jack-of-all-trades, but true contending teams would view him as a bottom-six forward who can play up as needed, but also have the assets needed to acquire him (2nd round pick?