David Quinn to stick with Rangers' lineup after strong performance in big win, including by Jacob Trouba 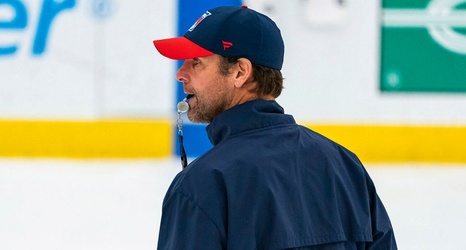 First things first: According to coach David Quinn, the Rangers will be sticking with the same lineup Tuesday against the Devils that they used in Saturday’s 5-0 romp over the Islanders.

That means the same starting goaltender, Alexandar Georgiev, who made 23 saves to post his fifth career shutout, and the same six defensemen dressed, which leaves Tony DeAngelo in street clothes for the second straight game.

Leaving DeAngelo out of the lineup, though, is not because the coach is still mad at him for his unsportsmanlike conduct penalty in Thursday’s season opener, Quinn said.