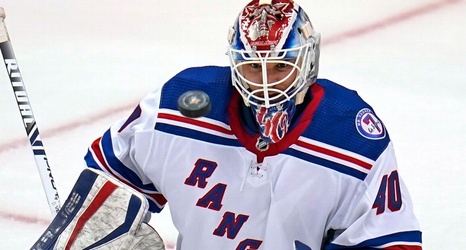 The Colorado Avalanche have signed pending restricted free agent Alexandar Georgiev to a three-year extension, the club announced on Sunday.

Financial details were not disclosed in the release, but sources confirmed to ESPN the deal comes with a $3.4 million AAV ($10.2 million total).

Colorado acquired Georgiev's negotiating rights from the New York Rangers during last week's NHL Entry Draft, flipping New York a third and fifth round selection in that 2022 draft in exchange for the netminder.

The 26-year-old is coming off an average season playing behind Vezina Trophy winner Igor Shesterkin, posting a 15-10-2 record with an .