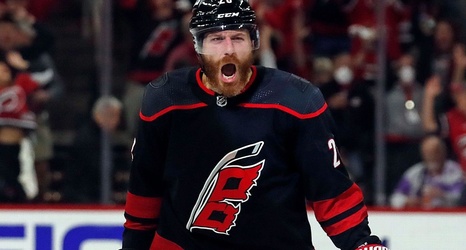 Carolina Hurricanes defenseman Ian Cole had played 103 career playoff games before competing in Game 1 of their series against the New York Rangers on Wednesday night, scoring one postseason goal.

Now he has two. Cole, 33, scored at 3:12 of overtime to give the Hurricanes a 2-1 come-from-behind overtime win over the Rangers, taking a 1-0 series lead in Raleigh. In the process, he became an unlikely postseason hero.

"That's what's great about this game," Carolina coach Rod Brind'Amour said. "You just don't know who's going to be the guy.